Leaders have a responsibility to mentor subordinates on the Army’s values and standards, provide guidance on how to interact with the public and create an atmosphere of trust and confidence (both internally and with the public). Part of this mentorship is reinforcing that being a Soldier is a profession. As a professional, a Soldier’s private life carries weight into their professional life. Soldiers are expected to uphold the Army’s values in and out of uniform. 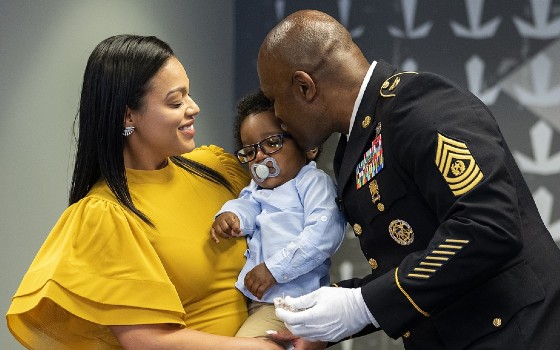 Understanding how Soldiers conduct themselves on social media is critical to providing guidance on how to behave and what expected standards are. Leaders should invest time in developing a social media presence, either as an individual or by personally being involved on the organizational account

Soldiers use social media every day. It is a part of their daily routine. It’s natural and important to them. Roughly three-quarters of Facebook users – and around half of Instagram users – visit these sites at least once a day.

In just a few years, the Army will have recruits who have known Facebook, which started in 2004, their entire lives. Many do not understand the difference between their professional identity and their online (personal) identity.

Younger Soldiers are more likely than their older counterparts to say they have discovered information about a colleague on social media that lowered their professional opinion of them, according to the Pew Research Center. Online misconduct affects morale, order and discipline.

Facebook is the most-widely used of the major social media platforms, and its user base is most broadly representative of the population, as a whole.