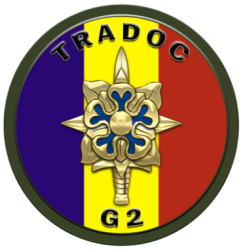 Prior to his assignment as TRADOC’s G-2, Mr. Greco served as the Special Assistant for Intelligence to the Commanding General and G-2 of U.S. Army Europe from 2004 to 2011 where he spearheaded the intelligence efforts of a forward deployed theater Army headquarters. Notably, from 2007 to 2008, Mr. Greco deployed to Iraq where he served as the Assistant CJ2 in Iraq, ensuring intelligence support to the entire Combined Joint Task Force during the highly successful Sunni Awakening that changed the course of the war there.

Before entering Civil Service, Mr. Greco served 22 years on active duty as an Army intelligence officer in a variety of important command and staff positions. Highlights include one year as the G-2 of Task Force Eagle in Bosnia where he provided multi- disciplined intelligence support to high visibility peace enforcement operations in the Balkans and as the G-2 of Task Force Falcon in Kosovo. He also spent time as the Military Advisor to the START and Defense and Space negotiations in Geneva, Switzerland. In addition, he commanded units in the 10th Mountain Division and served in other key intelligence positions throughout the Army.

Mr. Greco has received numerous awards and honors throughout his career. In 2016, Mr. Greco was awarded the Presidential Rank Award, Meritorious Rank, Defense Intelligence Senior Executive Services. As a civil servant Mr. Greco received the Civilian Meritorious Service Medal, the Superior Service Medal and the Commander’s Award for Civilian Service. As a military officer, he was awarded the Legion of Merit and multiple awards of the Defense and Army Meritorious Service Medals. He also received the George C. Marshall Award (“The White Briefcase”) as the Distinguished Honor Graduate from the U.S. Army Command and General Staff College.

ACE Futures Directorate studies the OE and threats through 2050 to inform concepts, capability development and testing via the Capability Development & Experimentation Branch, Wargaming and Concepts Branch, Capabilities Development Scenario and Studies Directorate (CDSSD), and the Mad Scientist Program. TRADOC G-2 Mad Scientist is a TRADOC initiative and a community of action that continually explores the future through collaborative partnerships and continuous dialogue with academia, industry and government.

ACE Fusion Directorate integrates research and analysis efforts from across the ACE with those of the Intelligence Community to produce tailored assessments for senior leaders within the Army and Department of Defense and provides direct support to TRADOC G-2 Operational Environment Center (OEC) training and exercises. The Network Engagement Team trains members of the joint, interagency, intergovernmental, and multinational (JIIM) community focusing on integration of social network analysis to improve understanding of the friendly, neutral, and adversarial networks that exist within the OE.

Foreign Military Studies Office (FMSO) researches, discovers, and describes open source, foreign perspective insights of understudied and unconsidered aspects of the operational environment. FMSO’s publishes books, monographs, and papers are integral to critical thinking in the Army’s leadership, analytic communities, and military education, and wherever there is a professional interest in what “they think they think.” FMSO’s Operational Environment Watch provides translated selections and analysis from a diverse range of foreign articles and other media that our analysts believe will give military and security experts an added dimension to their critical thinking about the Operational Environment.