The U.S. Army is a values-based organization where everyone is expected to treat all persons as they should be treated – with dignity and respect, as outlined in AR 600-20. The U.S. Army defines online conduct as the use of electronic communications in an official or personal capacity in a manner that is consistent with Army Values and standards of conduct.

It is important that all Soldiers know that when they are logged on to a social media platform, they still represent the U.S. Army. Soldiers using social media must abide by the UCMJ at all times, even when off duty. Commenting, posting and linking to material that violates the UCMJ or basic rules of Soldier’s conduct are prohibited, along with talking negatively about supervisors or releasing sensitive information.

Online misconduct is a term that describes unacceptable or improper behavior through the use of technology. According to ALARACT 061/2019, it is “the use of electronic communication to inflict harm. Examples include, but are not limited to: harassment, bullying, hazing, stalking, discrimination, retaliation, or any other types of misconduct that undermine dignity and respect.” 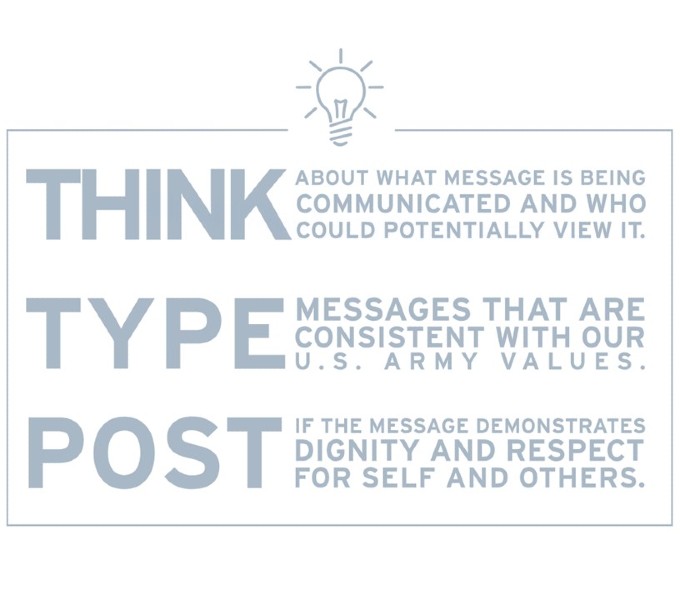 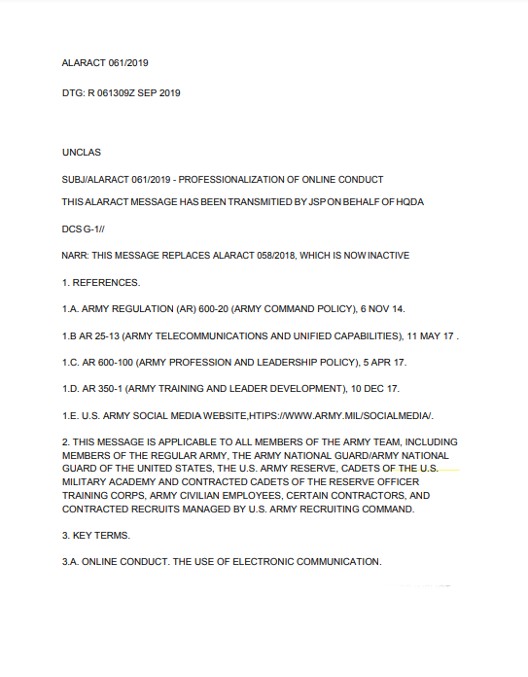