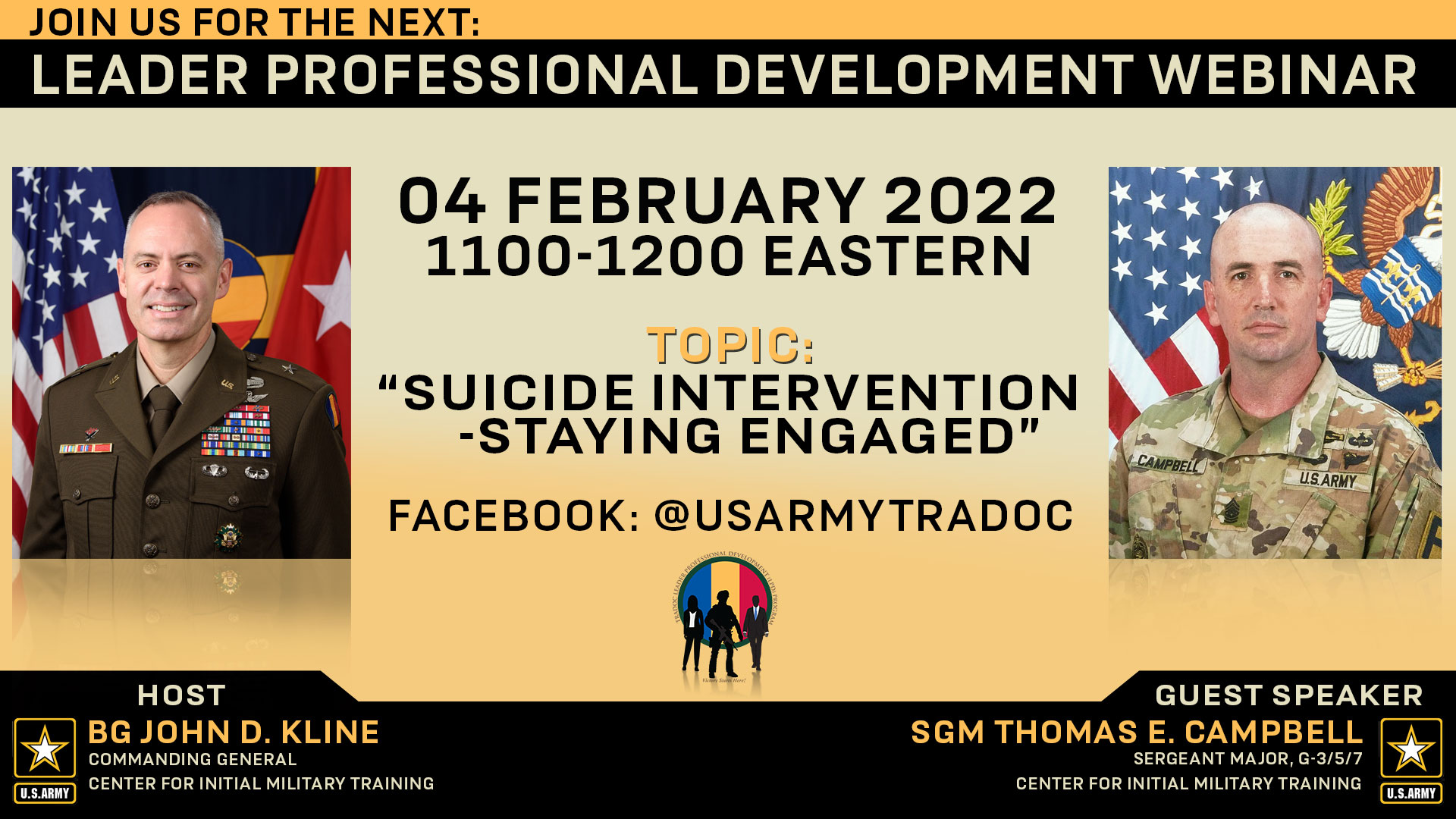 JOINT BASE LANGLEY-EUSTIS, Va. (Feb. 2, 2022) — Sgt. Maj. Thomas Campbell has escaped death more times than he can count, surviving numerous firefights over multiple deployments, but there is one instance where he escaped death that drives him the most to be an advocate for Soldier mental health. He survived his plan to take his own life. Like many Soldiers, Campbell was dealing with the mental scars of combat and the loss of his fellow Soldiers. He became so bitter and angry he developed a plan to commit suicide. Now Campbell, with 32 years of military service, makes it a point to share his personal story on how he overcame life’s mounting challenges.

“I found out that by giving mental health an honest effort by people who know more than I do that life was worth living,” said Campbell. “Had I not gotten the help needed, I would be dead now.”

Now as the operations sergeant major for the U.S. Army Center for Initial Military Training, Campbell not only wants to tell Soldiers it’s ok to seek help, he wants leaders to be more involved in their Soldiers lives and better placed to intervene when a Soldier is struggling with their mental health.

“In order to get ahead of suicide we as leaders have to develop personal relationships with our peers and subordinates,” said Campbell. “Being able to talk with them and getting to know them as a person, learning their likes, dislikes, family, hobbies and goals.”

Campbell and Brig. Gen. John Kline, the USACIMT Commanding General, will discuss the importance of this type of engaged leadership during the next U.S. Army Training and Doctrine Command Leader Professional Development session airing at 11 a.m. on Friday, Feb. 4.

The LPD will discuss how high performing organizations leverage outstanding leadership and Soldier initiatives to help those struggling seek out the resources they need.

“Every mission the Army gets it is the people who faithfully perform and execute the mission to the highest degree of their abilities,” said Kline. “Though we have the weapons, technology and capabilities, it is the people, our most precious resource, who make it happen. We as leaders must take care of our people.”

To participate in the LPD discussion, viewers may join live on Facebook or the Watch page and submit questions to be answered throughout the session by the LPD panelists.