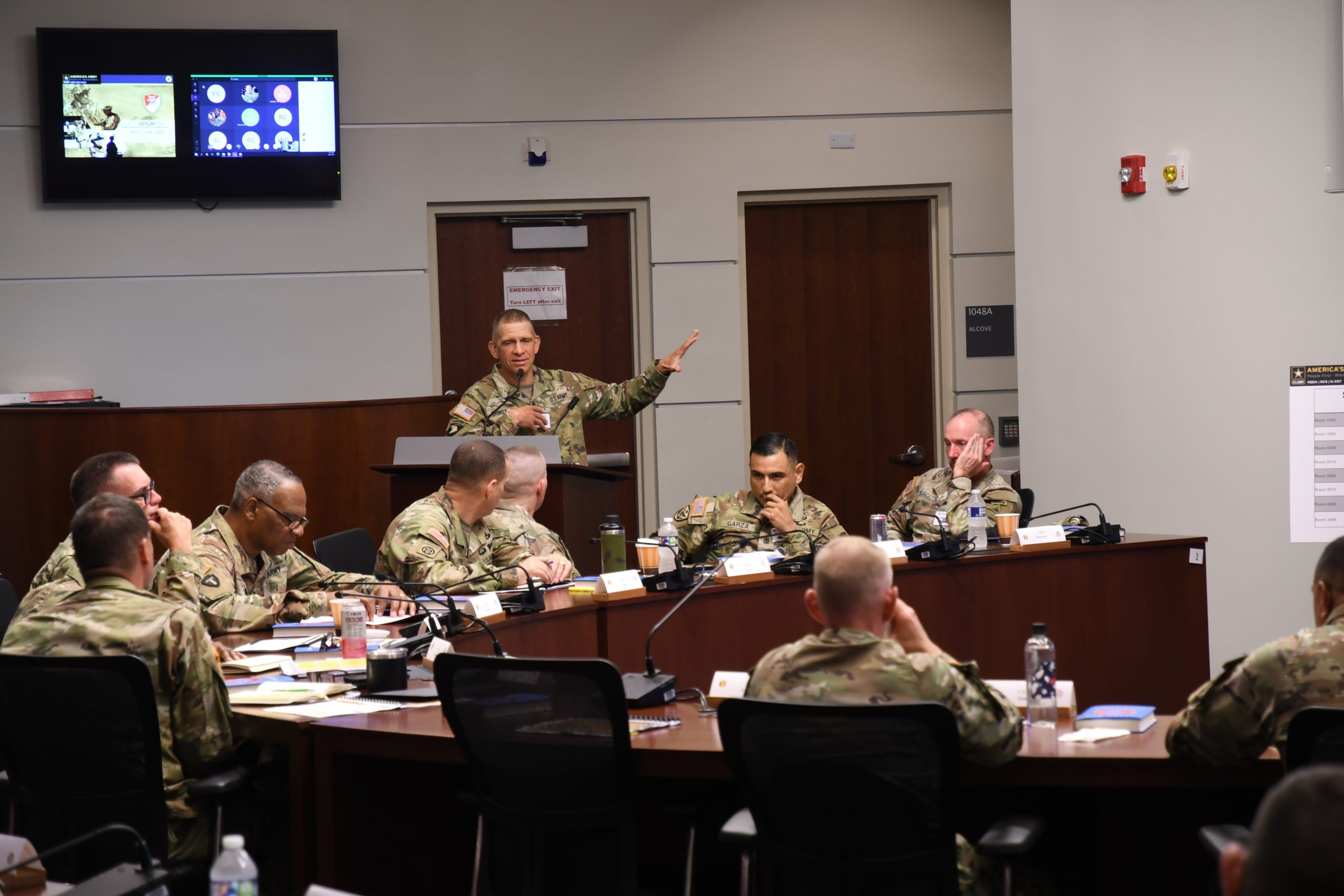 Driven by the concepts that “effective problem solving is based on identifying preventive actions,” and “without ownership, no problem can be solved,” the annual forum shifted from the more traditional simple conditions check, to a call to action from the Army’s most senior enlisted leader, Sgt. Maj. of the Army Michael Grinston.

For three days, more than 150 nominative sergeants major gathered, both in person, and virtually, to identify specific and immediate actions to better develop engaged leaders who build cohesive teams as part of a larger effort to change the culture of the Army.

“I’ve said before, cohesive teams that are highly trained, disciplined and mentally and physically fit see fewer instances of sexual assault and suicides,” Grinston said. “How do we all [sergeants major] own a piece within our units to eliminate these things completely? That’s what I challenge you to do this week. Identify how we can better our units in these four areas to eliminate these things.”

The forum included guest speaker Dan Heath, author of Upstream: The Quest to Solve Problems Before They Happen, who discussed the importance of identifying the source of a problem as opposed to simply reacting.

To tackle the idea of culture change, those in attendance were broken up into working groups, focusing on cohesive teams, highly trained units, discipline, and mental and physical fitness.

The goal? Develop immediate actions, tailored to their units, that could be implemented to influence positive change at the squad level.

“There’s a sense of urgency on getting these ideas and actions operationalized and down to the lowest level to start using them,” Grinston said. “I challenge you to ask the question, ‘What can I do right now?’ You’re here to take action in your organization, right now.

As the senior enlisted leaders from across the Army, the forum participants each play a vital role in affecting change by taking direct ownership of the responsibilities at their levels, Grinston explained.

“These are hefty problems. The solutions start with individual ownership. Our great leaders, from Squad leaders to Batalion Commanders, understand this,” said TRADOC Command Sgt. Maj. Daniel Hendrex said. “Our engaged leadership is the critical element for success.”

Ownership included hard looks within their own units focusing on the different elements of a cohesive team to identify areas in need of improvement and then develop specific plans each leader could own, implement and then routinely review for effectiveness.

“I want us to take ownership of the ideas developed at this forum immediately and shared,” Grinston said. “What is working for one unit might be good for the entire Army.”

“This forum is about being passionate enough to make change for the Army.”

Hendrex explained the topics discussed are critical to the success of the force.

Despite the time lapse since being able to meet in person, Hendrex explained, the collaboration of those in attendance was “powerful” and he has taken some of the ideas for potential action within TRADOC.

“From a TRADOC perspective it is critical to ensure the successful ideas generated at this forum get integrated into our leadership development and professional military education to ensure it has long term success,” Hendrex said.