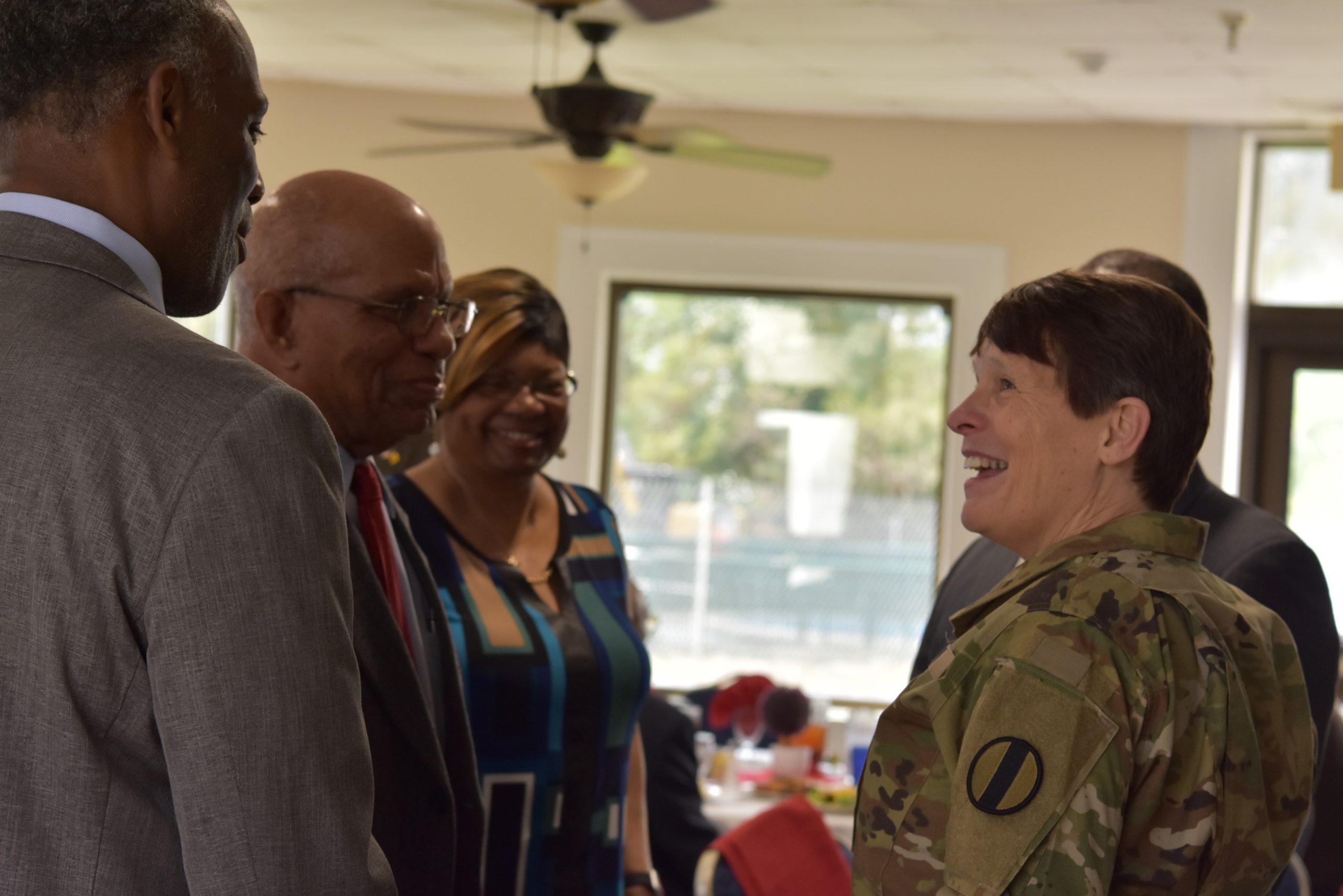 JOINT BASE LANGLEY-EUSTIS, VA – Lt. Gen. Maria R. Gervais, U.S. Army Training and Doctrine Command, deputy commanding general, was the guest speaker at a Hampton Roads Chapter of ROCKS Inc. luncheon held April 13 at the Fort Eustis Club. The purpose of the event was to discuss the importance of Recruiting Diversity in America’s Army.

In honor of Gen. Roscoe Cartwright, ROCKS Inc. was developed in 1974 at Fort Leavenworth previously under a different name but with the same mission; to strengthen the officer, cadet, and senior civilian corps of the military by promoting and providing mentorship, leadership, scholarship, fellowship, counseling, good citizenship, community service, and professional networking.

“Our greatest legacy is when we mentor and steward those who will come take our place, this is why I love ROCKS mission,” Gervais said.

The local Hampton Roads Chapter of the ROCKS Inc. was officially formed in 2001, with a similar goal, “to develop and mentor the future leaders of America with a specific focus in the Hampton Roads Area and the local Historically Black Colleges and Universities,” said Joe Harris, HRC ROCKS president.

The lunch was the chapter’s first in-person event held in over two years, and Harris welcomed Gervais to the stage, where she opened with “this is what I really like about being in this job; being with the people.”

“It’s really important that leaders get out and inform organizations, like ROCKS, on what our Army and TRADOC is doing, where our focus is, and where we need help,” she said.

Once the presentation came to an end, ROCKS was left with the tools to allow them to form the best course of action on how they will help support the accessions mission throughout the year.

“It’s great when leaders at that level share their guidance on topics such as diversity and recruiting as well as how ROCKS can help the Army achieve its mission,” Harris said.

“We can be another tool in her tool kit,” he said. “She can reach out to ROCKS and know we are here to support.”

Gervais encouraged all “leaders to take opportunities like this and share what is going on in the Army, so that organizations like ROCKS can help inform future Army leaders.”